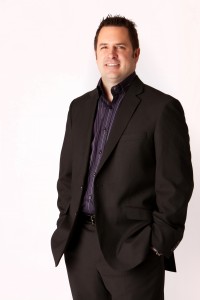 While a freshman in college Dr. Timmerman was involved in his studies at the University of Nebraska-Lincoln with intentions of moving on to medical school. However, during his first few months at college he was presented with a “fork” in the road type experience. Migraine headaches jumped into his daily life with excruciating pain. He went to numerous doctors, neurologists, and had countless tests performed. Their answer….”we don’t know what is causing your headaches”.

What was the answer?
A close friend of Dr. Timmerman recommended that he try seeing a Chiropractor? Considering he had never even heard of the profession much less was dedicated to attending medical school he was a skeptic to say the least. During his Christmas break during his freshman year in college he decided it was worth a shot to try this “chiropractic thing”. Thus, the “fork” in the road was planted. After three visits and an explanation of the cause of his headaches Dr. Timmerman has been migraine headache free for over 25 years!

Dr. Timmerman’s Educational Experience
Dr. Timmerman was born and raised in Norfolk, NE. After high school he attend the University of Nebraska-Lincoln. His education continued at Northwestern College of Chiropractic in Bloomington, MN.

Who is Dr. Timmerman?
Dr. Timmerman is married and has four incredible children. He loves ALL sports with a passion especially his Nebraska Huskers! Most of his free time is spent with his wife and kids enjoying all their activities. His desire to help people is contagious!  As a father, one of Dr. Timmerman’s areas of interest is Chiropractic for kids!  His years of experience with kids in the clinic and family settings has him focused on raising and treating healthy kids.

Final Note…
Dr. Timmerman believes his approach to chiropractic and wellness is different: 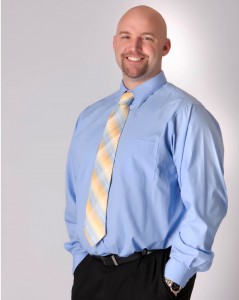 It wasn’t until Dr.Jorgensen’s senior year at the University of Nebraska-Lincoln when he first heard of Chiropractic. One of his friends was going to be a Chiropractor and told Dr Jorgensen why he was doing so.  Dr Jorgensen knew he wanted to further his education in the health care field, but wasn’t 100% sure which way he wanted to go.  He researched what chiropractic was and how it helped people function better.  He then scheduled a visit to Palmer College of Chiropractic and the rest is history.

Dr. Jorgensen’s Educational Experience:
Dr. Greg Jorgensen is a northeast Nebraska native having lived an hour from Norfolk in the small town of Ewing.  Dr. Jorgensen attended Ewing public school and graduated in 1998.  Dr. Jorgensen then earned his bachelors degree from the University of Nebraska-Lincoln in 2003.  After UNL, Dr. Jorgensen attended Palmer College of Chiropractic, becoming the first doctor of his family in 2008.  Dr. Jorgensen has continued furthering his education within his practice adding certifications in:  Trigger point therapy, myofascial treatment therapies, and rehabilitation therapies.

Who is Dr. Jorgensen?
Dr. Jorgensen is married to Amy and they have 2 little boys, Peyton and Dawson.   They live in Norfolk and enjoy being outside as much as possible.  Dr. Jorgensen is an avid hunter and fisherman.  Prior to joining ACW, Dr. Jorgensen ran a practice for 4 years in Northeast Nebraska.  Dr. Jorgensen has a great interest in athletics and pediatrics, but his main goal is to make everyone he sees reach their full health potential.  He enjoys  spending time with his wife and sons, being involved in his community through various clubs including Norfolk noon Kiwanis and the Norfolk Area Chamber of Commerce, and of course Nebraska football.

~“Dr. Jorgensen’s #1 goal: Quality healthcare above all else”

Send us an email

Find us on the map

**Office will be OPEN on Saturday Jan. 28th